September 04, 2018
Deadlines aplenty and blog posts not. So busy am I enriching my knowledge that I have neglected yours. But soft, what enlightenment beyond yon window breaks? My findings about Clontarf station, obviously. 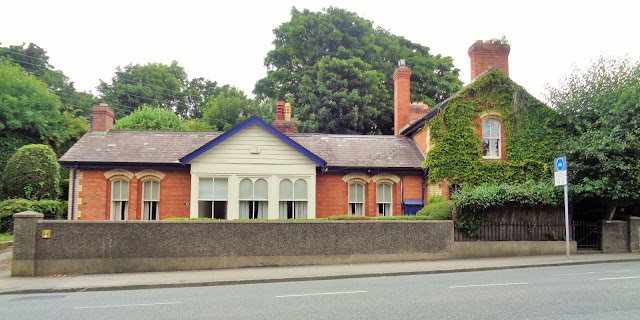 To begin, the current Clontarf Road DART station is not located where the original station was. The original GNRI station, along with its platforms and station master’s house, lie further north of the current site on Howth Road. It is now a private residence, so discretion must be applied to its current residents. 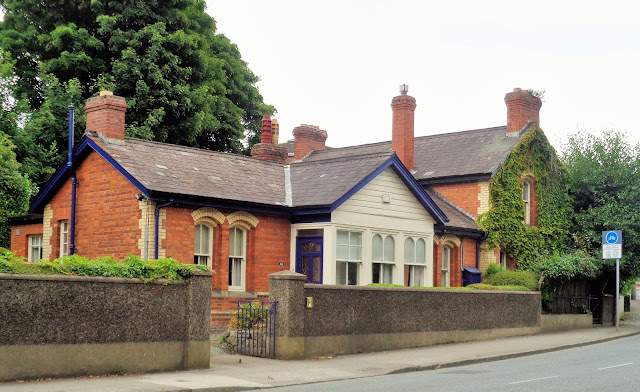 The single-storey station building is of the archetypal pre-GNRI style of red-brick main with yellow frames and quoins. Built as part of the Dublin and Drogheda Railway (DDR), it opened on 25 May 1844 and finally closed on 3 September 1956. The entrance is a gabled wood and glass projection, and it is worth noting two out of the three south-facing windows have twin-arches.

The yellow semi-architrave window frames can be seen glowing through the ivy in the adjoining two-storey station master’s house, which stands perpendicular to the station. The gabled roofs are mirrored and the provision of at least four chimneys suggest a well-heated station and house. Satellite imagery shows a circular outline in the garden, which I over-excitedly think may be a turntable or watertower. Or maybe it's just the water feature of the modern apartments next door?

The former platforms appear to no longer be standing, but given the higher level track to the road-level station, steps or a ramp were a probability. A photograph published in the Irish Times shows Royal Irish Constabulary Officers possibly at Clontarf Station – note the same wooden twin-rounded window heads. If so, this would have been a wooden waiting room upon the platform and not the station itself. 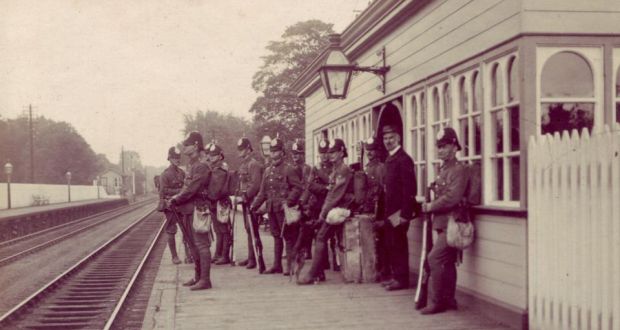 It is unclear who the architect was, with searches for other stations along the line suggesting George Papworth (Skerries) or William Deane Butler (Amiens Street/Connolly) but it is certain that Irishman John Macneill was the line’s chief engineer. Macneill needs his own book, but suffice to say shortly here, he was one of the most prolific and diligent engineers in the British Isles, apprenticing under Thomas Telford before working as a railway engineer across Ireland. Macneill even named one of his sons Telford! A quick read of the Dictionary of Irish Architects will give a quick detailed history, but I will, I promise, provide an illustrated post dedicated to Macneill. 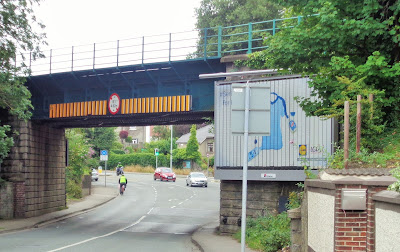 The current railway bridge to the west of the original station is a non-descript metallic brute of contemporary utility engineering, but back southwards to the current Clontarf Road DART Station stands an enormous monument to the might early railway engineering. Crafted of hammered stone, its scale belies the skill required for the intricate twist in its arches – known as a skewed arch. This requires adept physical engineering in spanning angled embankments, calculating speed, weight distribution, vibration, height, and material characteristics. A glance at the foundation stones of our brute bridge confirm that this replaced an earlier stone bridge, but I cannot find proof this... yet. 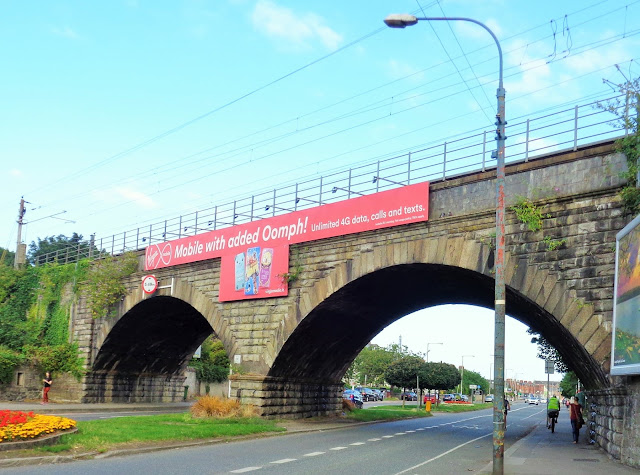 None of these structures are protected or listed on the National Inventory of Architectural Heritage for Ireland. This means that they are undocumented and could be demolished without trace. It is imperative that this research documents as many buildings, bridges and features of the railways in Ireland as possible – who will remember them in 100 years’ time?

If you have any memories or photographs of the original Clontarf Station, please share them with me and my followers on Twitter: @IrishRailArch or email them to me and I can post them on your behalf: irishrailarch@gmail.com